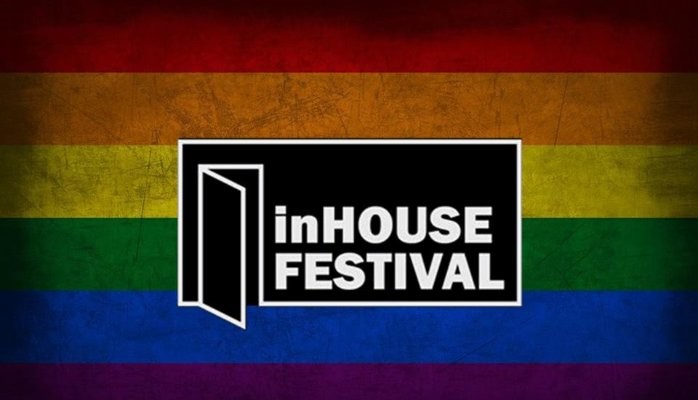 Fresh from speaking at a European conference in Brighton, measuring the impact of the arts as a tool for awareness building and influencing LGBTQI opinion, James West describes how he tested his hunch about a new LGBTQ+ film night earlier this year. He explains why he knows putting an idea to the test is always the first place to start.

If you daydream about getting an idea off the ground, the best advice I offer people is to stop the thinking and start with a little experiment to see how quickly you can turn your ideas into a reality. You need to get out there and starting putting an idea to the test.

To start, you don’t need to have all your ducks lined up in a row; you don’t need that website, a killer name, brand identity and, god forbid, a business card! All you need is the glimmer of an idea and the emotional resilience to put it out there and see what happens. It’s time to turn your passion into action.

A Problem to Solve

For some time I’ve been dallying with the idea of combining my background in arts management with the shifting landscape of the gay community. I believe arts and creativity has an intrinsic value for developing wellbeing and, as a gay man myself, I often feel the opposite from many LGBTQI club nights and social occasions. Somehow the homogenous grouping of gay men in one place sucks the dynamic from a community and renders me socially inept. I wanted to see if I could create a social gathering that offered something different, that allowed me and folk like me to flourish and connect with a broad LGBTQI community in a different way.

I know I’m not unique in my thinking – there are a number of events across London that offer different gatherings. Just because someone is doing something similar, doesn’t mean you should scrap that idea – opening up two coffee shops on the same street doesn’t put one of them out of business; it normally just means a coffee culture becomes more common place.

Putting an idea to the test

Earlier this year I decided to bite the bullet and set up a part social, part cultural event. Not an exclusive event for the gay community, but rather one where I would create a comfortable environment for people to explore queer identity. This was me putting an idea to the test.

inHOUSE Festival is an event that takes place near me and I decided to use it as a deadline to force me into action. I spoke to the organisers and they seemed positive about the idea. Instead of trying to achieve the full arsenal of my idea, I took a small chunk and focused the event on LGBTQI short films. Films because they’re a popular, mainstream arts product and ‘short’ ones as it allowed for variables in quality and reduced the commitment the audiences would be making.

One of the top tips I offer clients is to shoot bullets not cannon balls. At the start it’s important you don’t put all of your eggs in a basket, instead throw something out there and see how well it works (you can always build more into your second attempt).

I knew I needed to find an audience – my collection of friends was never going spread the word wide enough. I set up a Facebook page, created an event registration page for free on Eventbrite and pushed out a HTML email via Campaign Monitor for a bargain price of £5. To get the word out wider I paid for some Facebook advertising (this is dirt cheap, you can manage your budget and be specific in your search criteria….building up the campaign as it goes). I also subscribed to Arts Media Contacts for a month to get some editorial contacts. There wasn’t enough lead time for most magazines, but I did get two features (QX Magazine and on East London Radio) along with some listings you manually enter.

Finding short film contributors was actually much trickier. I realised that lots of smaller LGBTQI event organisers also struggle. It was BFI Flare who came up trumps with a full resource pack of film makers they had previously shown (accessed simply by emailing the organisers) and a shout out on the Arts Council England’s jobs board.

What the test demonstrated

The event was a success. East London Radio said “Think of this like the Bfi’s Flare Festival but on a smaller scale”. The film makers valued the profile “It was such a lovely crowd” said Jake Graf, a film maker, “great vibe, positive reaction and truly a pleasure to screen for you guys”. And the participants took a lot from it with one chap explaining it as “well organised and successful night, inspiring and mind opening”.

Looking forward, there are things I want to change; the way I communicated it created barriers for some people to share it and we didn’t really make the finances work properly. We did however pack the warehouse in which we hosted it, there was a social dynamic that felt different to other gay club nights and people did interact heavily throughout the night making new friendships that seem to have continued.

It’s unlikely you’ll want to be the next LGBTQ+ club night entrepreneur (and if you do watch out for us!), rather what I was trying to demonstrate is the importance of dipping your toe in the water and having a go. You’re probably much closer than you think, the opportunity to have a go and turn your ideas into a reality is always worth a shot. I could still be in the daydreaming phase or worse still be spending time and money creating a website to communicate my amazing idea without knowing whether it will work, whether people will come or whether I would enjoy the process of realising my idea. The moral of the story, always focus on putting an idea to the test.